Ever just want to bug out for a vacation? With our list of big bug roadside attraction destinations you can make that a reality. Throughout the United States there are a few outstanding crawling, walking, and flying insect sculptures to see. Forget the butterfly net, the only way you'll capture these creatures is in a photo opportunity.

If you have ever had to deal with termites in your home this is one you're gonna wanna see. Personally the way I prefer them, made of fiberglass and mounted. This one though is actually pretty whimsical. Originally created in 1980, the New England Pest Control company wanted a unique icon on top of their building located on Interstate 95. Thus, the Big Blue Bug was created. A mammoth 4,000 pound Eastern Subterranean Termite. The Big Blue Bug stands 9 feet tall and 58 feet long. Constructed of steel and covered with fiberglass the Big Blue Bug has become quite the icon, with television and movie appearances, murals in airports and a painting in a European hotel to name a few.

Oddly enough it was first painted purple and soon after the sun faded it to a blueish color. It became known as the Big Blue Bug and the company decided to keep it blue. It wasn't until 1990 the pest control company held a contest to name the Big Blue Bug and the winning name was Nibbles Woodaway. In 2012 the pest extermination company changed their name to Big Blue Bug Solutions. What makes this RI icon even more fun is that it will occasionally be decorated for the holidays.

The founder of Burke Properties, also owner and manager of the Milwaukee Building, John J. Burke designed the concept for these three ladybugs crawling down the facade of the Milwaukee Building. Constructed by a local sign maker the ladybugs are 6' tall and 3' deep. They are covered in fiberglass and were even painted to John's specifications. Beyond just the conception of the art installation, John and his daughter Wendy Burke both helped hoist these ladybugs into position and bolt them to the building side.

These ladybugs, crawling down the building towards N. Water St. have been hanging around since 1999. During this time Milwaukee was looking to revitalize the city beautification process by promoting and enhancing natural, private and public areas in the city. While not everyone's idea of beautification, John Burke simply liked them and was even able to enjoy them from his office in the Milwaukee Building. They are quite impressive and eye catching so if you have a chance to see them it's worth a trip down N. Water St. and at night the ladybugs are lit up. Let's just hope one of these ladybugs doesn't fly down and land on you.

Created by John May in 1950, this enormous West Indian Hercules Beetle nicknamed "Herkimer" is still standing today and pointing you towards the May Natural History Museum. Serving its original purpose to advertise and promote the family inherited collection of insects and arachnids. A collection that was started by John's father James May in 1903. The display consists of over 8,000 specimens from May's collection.

While Herkimer was built in CO he has also traveled the country in his earlier years. The Mays would take their exhibits to fairs and cities around the country. Strapped to a truck Herkimer would often accompany the Mays on their traveling exhibitions. Herkimer also spent a few years in Florida on display at a local museum. Returned to his current resting spot in the 1960's Herkimer can be seen from Colorado Hwy 115.

With the arrival of the first colony of Africanized honey bees (also known as "killer bees") found in Hidalgo, TX in October of 1990, it wasn't long before they proclaimed to be the Killer Bee Capital of the World. Killer bees were the result of a lab experiment gone wrong. In the mid to late 1950's, hopeful to create a new strain of bees to produce more honey, scientists unwittingly let some escape from a South American lab in Brazil. As they moved into the United States, Hidalgo, TX was quick to turn the situation from bleak to bee-autiful.

The mayor of Hidalgo at the time, John Fran, capitalized on their arrival by having a gigantic killer bee statue built. Constructed of steel and fiberglass, the killer bee weighs in at 2,000 pounds and is 20 ft. long and 10 ft. tall. Now home to the huge bee, Hidalgo mayor was happy to claim the "World's Largest Killer Bee" to drive in tourist rather than have them be scared away. You too can have a close up photo with a killer bee and not have to worry about the sting. You can find the statue in front of Hidalgo City Hall.

Hidden on the Ohio State University's west campus in the Phenology Research Garden is a statue of a giant praying mantis. The praying mantis named "Annabelle" was designed and built by Pat Belisle and Chris Saylor. Standing 15 ft. tall and 11 ft. long Annabelle is a perfect harmony to the garden showing the relationship of plants and insects.

Annabelle is located near the Department of Food, Agricultural and Biological Engineering building on the Ohio State University campus. To get a good look at her you will want to park your car and go walk in the garden. It's truly the best way to see the sculpture as well as experience the garden in which she watches over.

What do beetles and spiders have in common in the town of Avocado, IA? Art, of course. That's right. When you take a Volkswagen Beetle and add eight legs to it you get an interesting piece of art standing on a farm in Avoca. According to different sources the sculpture was created by Travis and Angela Campbell across the street from their father's home.

Volkswagen enthusiasts will want to know the year and if it's a matching numbers car. Arachnid fans will want to know if it's venomous and what it likes to eat. Fans of both categories are welcome to get up close and see if they can find out for themselves. If ever in the area of Avoca, you'll find this harmless eight legged creature just off of Hwy 59.

Yuck, don't touch me! You have cooties! Funny how that word has survived generations and is still used by children today. Well if you have ever wondered what a cootie looks like now you can see one up close and you won't need a microscope. On display at the Shenandoah Caverns in VA, you can see the oversized cootie that was originally designed for the 1975 Macy's Thanksgiving Day Parade.

The float was based off of the favorite children's game Cooties created by William Schaper in 1948. The float was featured in the parade through 1981. If this joggles some childhood memories, you should stop by and see this colorful cootie in all its glory. The Shenandoah Caverns have much more to offer so make an afternoon of it.

Central Park Gardens in Davis, CA is the home to a unique sculpture created by Solomon Bassoff & Dominica Mottarella of the Faducci Studio. Bellepede is a monarch butterfly caterpillar made of cement, steel, and glass. The monarch caterpillar is stylishly wearing seven different pairs of shoes and socks.

The installation is an educational piece to represent endangered species. Don't worry about the kids trying to climb on because that's exactly what it was meant for. When you're done climbing on Bellepede there is plenty more to see. The park is maintained by a volunteer-led nonprofit organization in partnership with the City of Davis. Bring a picnic any enjoy.

Along the Enchanted Highway you will find one of Gary Greff's massive scrap metal sculptures called Grasshoppers in the Field. This piece, completed in 1999, stands at 60 ft. long and 40 ft. tall and is snacking on wheat of course. Not just any wheat though. These accompanying features stand nearly as tall as the grasshopper and are made of metal. There are other smaller grasshoppers around the feature you can see too.

This and the other sculptures along the Enchanted Highway were designed to bring tourists to Regent and prevent it from becoming a ghost town. There is even a castle at the end of the journey which was an old school that has been converted to a hotel. Each sculpture has a turnout so park the car and be amazed by one man's creations.

Recently through various studies, it was estimated there could be 17 trillion mosquitoes in Alaska alone. While Alaska has a reputation for large mosquitoes, fortunately they are not as large as the ones located at the end of the Alcan Highway mile marker in Delta Junction.

If you've made it this far you should stop a snap a picture with these mosquitoes. These may be the only two mosquitoes that you won't need to protect yourself from. While you're there, stop into the local gift shop. If it's summertime you may want to see if they carry mosquito repellent for the rest of your adventure. 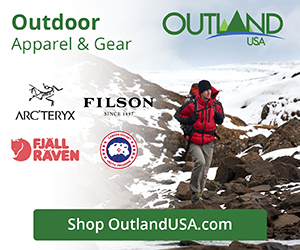