Is planning your vacation getting off to a rocky start? Trying to make everyone happy can feel like being run through a rock tumbler. We have some suggestions to make it just plain awesome instead. Like a good rock hound we've picked a few fantastic "rock" themed destinations throughout the country to explore. Now you can polish up the travel itinerary and go see one of these gems the next time you visit these cities.

One minute you're taking in the sights and sounds of the San Francisco Bay like any the other "tourist". Next thing you know your hands and feet are shackled and you taking a quaint little ferry ride to The Rock! Yep, Alcatraz. Hopefully your time in solitary confinement will be limited. Alcatraz was already well known in certain crowds but really gained its fame after the big escape in June 1962.

That's not all though. Alcatraz has a much bigger history including military use during the Civil War and Native American occupation. You can take tours of the island and experience firsthand what life would have been like on Alcatraz. There are both self-guided audio tours and guided tours available. It's a fun experience for both adults and children. There is a bit of walking during the tours so wear comfortable shoes. If you're in the area Alcatraz is a must see.

Here you are again having a little lunch in Springfield, OH and looking for something different to do and see. You hop in your car and start driving the suburbs admiring the surrounding when something odd catches your eye. You drive closer and realize you're looking at a sculpture of rocks. Not just any sculpture but the Hartman Rock Garden.

It's an impressive display of one man's passion to create his vision in stone. All of the stones were broken down to size by Harry George "Ben" Hartman and meticulously placed to create structures and themed rock displays. Don't expect to spend an afternoon here as the garden is not very large but intriguing enough to make the stop and be able to say you've seen it.

Another warm summer day in Kentucky and you are looking for adventure and a little reprieve from the heat. The place to accomplish both is Mammoth Cave. Rightfully named, Mammoth Cave is the world's longest cave system with over 400 miles of passages currently discovered.

There are many tour options so be sure to read through them. Depending on your adventurous nature there are tours for everyone. Be it the half hour tour where you will see the Rotunda, one of the largest open areas in the cave system or the six hour tour where you'll get to test your spelunking skills. Just be prepared to do a lot of walking as you learn the history of this unique cave system.

If you haven't heard of the slot canyons it's time you did. The Zion Narrows offers an awe inspiring look at what Mother Nature can create. Sure it may have taken millennia to form but once you see it you'll appreciate the incredible power of wind and water. While there are other slot canyon systems to explore Zion Narrows is at the top of the list.

While you can take a short path to the Temple of Sinawava the real adventure starts once you leave the beaten path. Hikers are permitted to traverse the canyon upstream about 5 miles without a permit. Beyond that permits are required and a limited number of hikers are allowed at one time. If you choose to go beyond the Temple of Sinawava, be prepared to wade through water as a good portion of the trail will require you get your feet wet.

Be careful when your child asks for a pet rock. It could be a 680 ton granite boulder named Dumbo. Kind of gives new meaning to having a pet rock. It's true though this State Park is centered around an unusual grouping of very large granite stones that stand end to end like a train of circus elephants. Time, weather and other natural forces have carved and sculpted these boulders, creating a playground for young and old.

The park offers a trail to explore the geological features. You can also see an abandoned quarry and an old engine house along the trail. You're welcome to climb the rocks and squeeze through the maze-like formations. Bring a lunch as there are picnic tables spread out through the park. It's a fun outing to make an afternoon of.

In the pristine white beaches of Florida is an unusual formation of rocks on the coast line. Located across from the Washington Oaks State Park, this site known by the locals as "The Rocks" can make for a fun stop and exploring opportunity if the conditions are right. That does depend on if the rocks are visible or not. These coquina rocks can be completely buried in the sand and only a few little mounds in the sand would be any indication they were there.

When uncovered, this rock formation offers little pools and crevices where starfish and other sea animals can be found. Being that these rocks may or may not be exposed I wouldn't suggest driving any great distance to this location. If you're in the area stop by and see if the Rocks have appeared and you could be treated to a rare experience.

Think you have what it takes to solve an age old mystery? Then Gungywamp should be your destination. Gungywamp is an interesting and well debated outcropping of rock formations that lead to more questions than answers. Rambling stone walls, rings of stones and stone chambers all add to the historic settlements and story of this location.

Be aware Gungywamp is not open to the general public and the rock structures are on private land. To arrange a tour contact The Denison Pequotsepos Nature Center. They do provide tours on the spring and fall equinoxes so you can see the light shine through the window of a specifically aligned stone chamber. It's rocky in some spots and can be muddy so do wear the hiking shoes.

What originally started as a one room cottage surrounded by the San Isabel National Forest in Colorado has become a magnificent work of art and ingenuity. Jim Bishop, the creator and builder of the Bishop Castle, began his creation with the intent to provide a home for his family. Yet as the years passed he continued to add features using his stone, wood and iron working skills creating an amazing structure.

The castle is open 24 hours seven days a week. There is no admission fee to tour the castle but a non-profit donation box is available to help support the building of the castle and provide funding to the Charity for New-Born Heart Surgery. From cottage to castle, an inspiring story of one man's dreams and ambitions and the commitment to see it through.

Finally a man named Peter Rogerson did his own calculations after learning of the dispute and came to the conclusion that Center, ND was the true center of North America. Believe it or not the city was not renamed. Center, ND was founded and named that way in 1902. While I wouldn't throw the Rugby, ND bumper sticker on until you have left the vicinity of neighboring towns, a selfie in front of the monument is one for the photo album for sure.

On vacation but need a little "you" time? Not to worry, we have you covered. The place you want to be is the Burlington Earth Clock. This 43 1/2 foot circle consisting of 14 large granite stones was created by a Vermont grassroots non-profit and this is the first of their Circles of Pease project. The formations serve as a clock, calendar and compass.

Just stand in the middle of the date line in the center and you too can make your own time. Let yourself relax, ignore the family photo ops, and the idea is that you will find inner peace and inner strength are restored by taking part in the rhythms and cycles of nature. 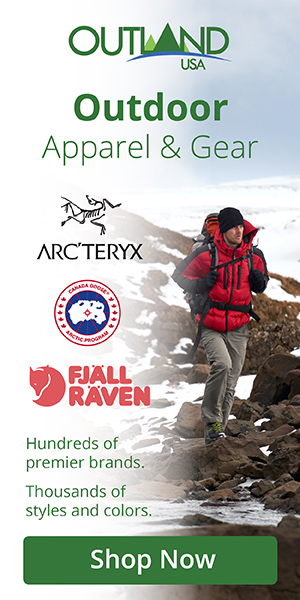